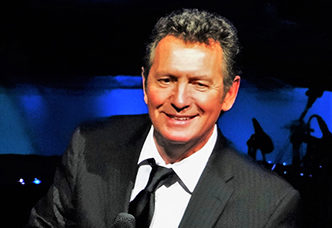 From Paris, to Monte Carlo, to New York City and Las Vegas, Bob Anderson’s powerful voice, engaging style and incredible talent captivates music lovers of every generation. In 2002, Bob Anderson was inducted into the Las Vegas Casino Legends Hall of Fame. His show is a tribute to the composers, arrangers, musicians, and singers that make up The Great American Songbook. In 2015, VH1 voted Bob Anderson the #1 celebrity impersonator in the world, an honor that was also given to him by People Magazine.

Anderson has been voted “Best Entertainer” in Las Vegas six times, and is in the Casino Legends Hall of Fame and The Las Vegas Entertainment Hall of Fame. Anderson performed at the Venetian/Palazzo Hotel in Las Vegas for all of 2015, with a 32-piece orchestra in a new show that he wrote and starred in called, FRANK The Man The Music starring Bob Anderson. Within weeks, the grand theatrical production became ‘the talk of the town’ and ‘the must-see show’ on the Vegas Strip. Media from around the world called the production the most authentic re-enactment of a Frank Sinatra concert ever performed on a live stage. Night after night. Anderson received multiple standing ovations for his chilling performance as Frank Sinatra. He was awarded: “Best Headliner for 2015” “Best live Show for 2015” “Best Live Performance for 2015” The running theme and spirit of every review of FRANK was, “I saw Frank Sinatra the other night. I don’t care if it was Bob Anderson, I saw Frank Sinatra the other night.”

Catch him at one of the great nightspots around the world and when the lights come up, don’t be surprised if you’re sitting next to Tony Bennett or Tom Jones.