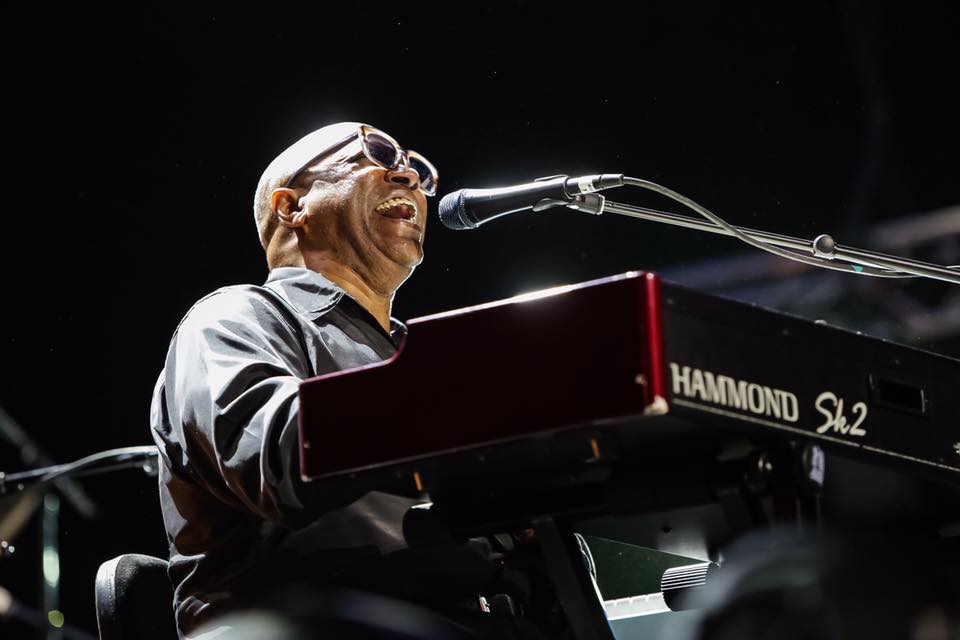 Through the ages, there have been a number of famous blind African American male entertainers in Gospel, Blues, Soul and Pop, but few as unilaterally gifted as Ellis Hall. What other man can claim to have written 3,800 songs, sung at the funeral of Helen Keller at St. Patrick’s Cathedral in New York and before Nelson Mandela in Johannesburg, Africa, been a member of Oakland Soul band Tower of Power and a lead voice for the animated California Raisins, been nominated for a Ovation Theater Award for his very first stage role in “The Gospel At Colonus” (in which he sang, acted, and walked the stage and stair props mostly unattended), and penned the official song of the city where he grew up: Claxton, Georgia. Welcome to the unprecedented greatness of Ellis Hall.

When it comes to music, Ellis Hall does it all. He is a seasoned and accomplished vocalist in possession of a powerful 5-octave range. He is a songwriter, arranger, producer and educator that teaches clinics in which he records all the parts of a song in 45 minutes. Ellis’ first instrument was drums before he went on to master piano, keyboards, guitar and – his favorites – upright and electric bass. Across a career of 40-plus years and counting, Ellis Hall has proven himself as an all-around performer that has entertained audiences on five continents, sharing stages with giants ranging from James Taylor, Natalie Cole, Patti LaBelle and Toby Keith to Herbie Hancock, George Benson, Bobby Womack, George Duke and Sheila E. His reputation of excellence earned Ellis the moniker, “The Ambassador of Soul.”