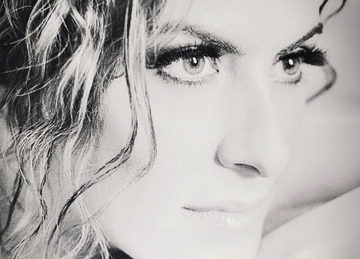 Salt Lake City native Emilee Floor, moved to New York City in 2008, when she was engaged as the evening pianist/vocalist in The Waldorf Astoria Hotel’s Peacock Alley Restaurant. She played Cole Porter’s legendary piano and sang there nightly and for Sunday Brunch for nine years until the hotel’s closure in March of 2017. She was concurrently engaged as the pianist in the Plaza Hotel’s Palm Court during afternoon tea for four years. Emilee is currently performing in The Carlyle Hotel’s Bemelmans Bar. She is also on the musician roster at The New York Athletic Club; In addition, she enjoys playing for public concerts and private engagements and is a substitute pianist at The Harvard Club, and for Spirit Cruise Lines’ Bateaux lunchtime cruise on The Hudson River.

Coming from three generations of a musical family, Emilee began playing piano at the age of four, began composing melodies shortly thereafter and was playing professionally by age sixteen. She later added vocals to her act and has performed and recorded with numerous musicians throughout the United States. Emilee’s style is an eclectic blend of genres as she continues to explore the musical language in its various forms. Having jazz as her foundation, she also likes to weave influences of modern pop, and even ethnic music together. She is fluent in French and sings in French, Spanish, Portuguese, Italian and Greek in addition to English.

With her father and brother, saxophonists, Jerry Floor and Gregory Floor, and her mother, Connie Floor, Emilee is a co-founder of The Salt Lake City International Jazz Festival, and has served as its Educational Director. She performs annually on the festival every July as a soloist, in various ensembles, and as a vocalist with the Salt Lake City Jazz Orchestra that is under the direction of her father.

Other career highlights include an appearance in a made-for-TV film with Suzanne Somers, called “No Laughing Matter, serving as Musical Director for a traveling production of the show, “Tony n’ Tina’s Wedding,” performing with The Allen and Rossi Comedy team, and having the opportunity to accompany various guest artists at The Waldorf such as Wayne Newton, Mitch Winehouse and Lynn Mabry, and singing backup vocals with Aisha Morris when she and her father, Stevie Wonder stopped in one night.